﻿Permaculture is a theory of ecological design which seeks to develop sustainable human settlements and agricultural systems, by attempting to model them on natural ecosystems.
Permaculture draws from several other disciplines including organic farming, agroforestry, sustainable development, and applied ecology. “The primary agenda of the movement has been to assist people to become more self reliant through the design and development of productive and sustainable gardens and farms. The design principles which are the conceptual foundation of permaculture were derived from the science of systems ecology and study of pre-industrial examples of sustainable land use.” 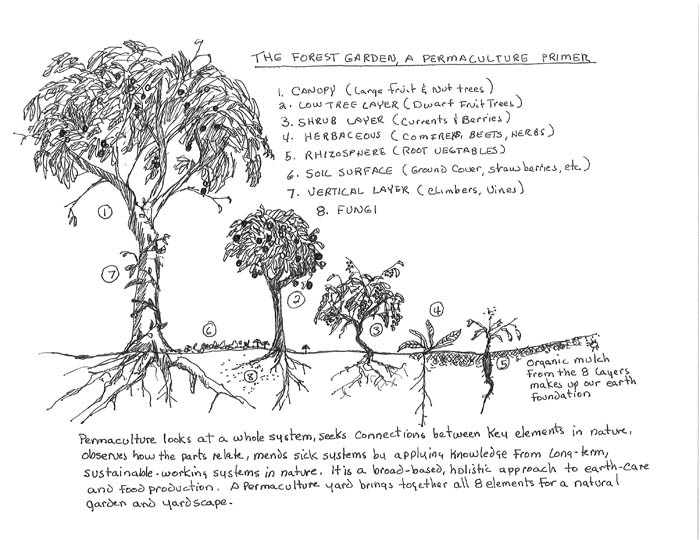 As a systematic method was developed by Australians Bill Mollison and David Holmgren during the 1970s. The word “permaculture” originally referred to “permanent agriculture”, but was expanded to also stand for “permanent culture” as it was seen that social aspects were integral to a truly sustainable system. Mollison has described permaculture as “a philosophy of working with, rather than against nature; of protracted and thoughtful observation rather than premature and thoughtless labor; and of looking at plants and animals in all their functions, rather than treating any area as a single project system.”
It is the conscious design and maintenance of agriculturally productive ecosystems which have the diversity, stability, and resilience of natural ecosystems. Permaculture is the harmonious integration of landscape and people — providing their food, energy, shelter, and other material and non-material needs in a sustainable way. Without permanent agriculture there is no possibility of a stable social order 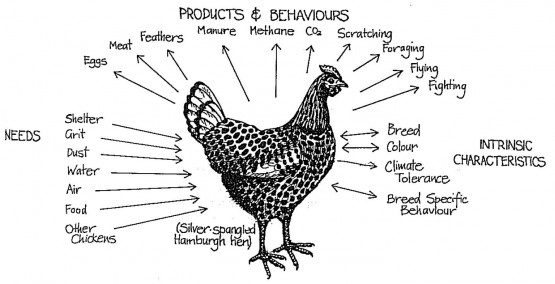 Permaculture is a design system based on observations of natural systems, it is the conscious application of the principles of ecology to create sustainable human settlements. Is inspiring, fun, inclusive and a chance to join in and meet people. Is a chance to look at the world in a creative, positive and solutions based approach. Gardens, communities, businesses; its ideas and insights can be applied in many contexts. It is a bottom up, nature first development approach focusing on the localization of food and resource production.

There are no upcoming events at this time.